AN EXCHANGE ART PROJECT & EXHIBITION - HOWRAH-MALMÖ
Rather than a public art project, this exchange is about making a visual narrative between two different omnipotent spaces. Both the space in one hand carrying a potential living historical memory, on the other hand also has the hidden possibilities of the incompatible contradiction. In this project, we invited artists from India and Sweden and the artist will develop their individual or collaborative work through the process of collaboration. In here we are not just interested in the production or execution, we prefer the engagement should start with an intention of collaboration through dialogue between curatoratorial idea and artist’s point of view. This entire project is more about the idea of space, intimacy, bonding, struggle, body, labor and contradiction of nature. Curators are deeply involved in the respective area and environment of the exhibition sites to understand more the dynamics and politics of the site. During this project, we are trying to concentrate two completely different cities practice of seen-unseen labor and the process of its viewing. Howrah and Malmo are each a city which has its own visual parlance but there is a strong understanding of human labor, city’s new lifestyle, developing society and its hidden crisis. Here one city had a long history of labor industry, people’s movement, Naxalite history and of course current political scenario where the city is more free with the open economy, migrated labor, new political friction and the new understanding of neo-social spaces. Howrah is based on a side of a  river bank opposite Kolkata formal British capital. History of this city is also reflected from its architecture and living history which is also a crucial element. Malmö, on the other hand, is a relatively small city with labor-industrial history. It  had the large shipyard industry Kockums until it moved the production from Malmö  in 1998,  and a  number of textile factories that closed down in the 1950s and 60s. Some other large industries in Malmö were ADDO that produced office equipment, Ljungmans  that produced petrol pumps and Cementa that are  still producing cement. Malmö has recently turned into a knowledge city since the University was based in the city. Malmö has the largest population in Sweden of Middle East origin, who mainly establish themselves in small companies like food stores, tailoring,barbers but also as dentists, doctors, lawyers etc. 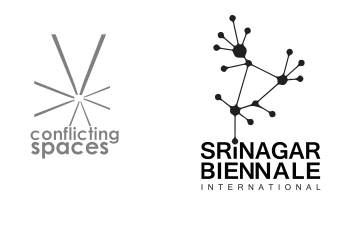 A Independent project  by meteor INTERNATIONAL